The Yamaguchi family was not only a large farmer in the land of Kariwagun Oguni (the current Ogunimachi, Nagaoka, Niigata Prefecture) but was also the leader of the village headsmen in the area. In the Meiji Period, Mankichi Yamaguchi the First held the position as state senator of Niigata, while starting his own company, Seishisha, with backing from local supporters. He contributed to the growth and advancement of Niigata Prefecture, by heading many businesses in the area of oil, railroad, finance, and electricity.
Mankichi Yamaguchi the First started his own family in Omote Sanshi-cho (the current Nagaoka, Niigata Prefecture) after branching from the main Yamaguchi family, and started ‘Yamaguchi Shoten,’ a knick-knack shop. Yamaguchi Mankichi the Third went onto start a business transporting goods to Nagaoka during the Boshin War. Mankichi turned an enormous profit; he is said to have contributed to the revival of Nagaoka after the war.

Born in 1897, Yamaguchi Mankichi the Fifth, the first owner of the former Mankichi Yamaguchi House, went to study abroad in the United States where his aunt and uncle on his mother’s side lived, for eight years. Upon his return to Japan, he became acquainted with Tacchu Tanaka, professor of Waseda University who later came to be known as the ‘father of earthquake-proof construction.’ Because Mankichi experienced the Great Kanto Earthquake of 1923, he was very much struck by the earthquake-proof structure theory of Tacchu Tanaka. Along with the cooperation from Shichiro Kigo and Kenji Imai and the knowledge and expertise he acquired in the United States, Mankichi began construction on the Yamaguchi House.
Mankichi also had excellent artistic sense; he was extremely particular in his choice of furniture and interior décor. His aesthetic sense still lives on in parts of the interior and the exterior to this day – the furniture and décor for the rooms, other than the Japanese tatami room, are works of Megumi Kajita, best known for furnishing houses in the likes of Ichiro Hatoyama. The furniture and décor are said to have cost the same amount as the construction of the house itself.

The construction of the Yamaguchi House started in January 1926. According to the daily log of the construction, Naito, Kigo (Testuro Yoshida went in his place when Kigo was away on business overseas) and Imai all oversaw the site during construction, giving out detailed instructions. Many persons were involved in the project, after going through design changes and delay in construction, the house was completed in October 1927. The Yamaguchi House went on to house the family and the many servants who worked there. The house stood as Japan underwent the shift in the global political scene, as it eventually entered into the Pacific War.
In 1945, Japan was under massive aerial attacks - cities all over Japan were severely damaged. The Great Tokyo Air Raid of March 10th, 1045, a massive strike of incendiary bombs burned many wooden buildings. The Yamaguchi House, built with reinforced concrete, withstood the attacks. However, most of the furniture was to be transported to the house in Nagaoka to escape the attacks – but unfortunately burned completely during transport.
After the end of the war, as was the case with other similar buildings and houses, the Yamaguchi House was condemned by the GHQ.
The house was returned to the family after being used as a home for a GHQ officer, but it continued to be rented to other parties for over 20 years, such as foreign government officials and the Fullbright Committee.
In 1963, the son of Mankichi Yamaguchi began living in the house with his family, and the house started to return to its original state. However, its surroundings changed rapidly as Japan experience the height of the economic boom and the bubble economy; the value of land rose, and the area was redeveloped. As the buildings in the area were rebuilt due to age and for other uses, the Yamaguchi House managed to stay unhindered.
The Yamaguchi house is an embodiment of a miracle – for over 90 years, it withstood a tumultuous time – it still stands in Chiyoda-ku, at the heart of Tokyo, almost unchanged from its original façade.

The Details of the House

The Yamaguchi House was registered as a ‘Tangible Cultural Property’ in the Cultural Property Registry in May 2018. There are two historical significances to this.
First: The house designed by Tacchu Naito, the father of earthquake-proof design, is built with reinforced concrete. Since the designer experience a giant earthquake himself, the house was designed with earthquake and fire in mind. The wall is 24 cm thick, which far exceeds the new and current earthquake standards in Japan.
Second: The house is built in the then-popular Spanish style seen in the arch, stucco walls, and the Spanish roof tiles. The designers were Shichiro Kigo and Kenji Imai who also designed the Tacchu Naito house that was built around the same time. They went around the limitations of reinforced concrete buildings and created a spacious home with Japanese tea rooms and adding Japanese touch throughout – the result was a harmonious balance of Japanese and western styles.
The Yamaguchi House had a clear separation between its private and public spaces. Rooms for entertaining guests, family room, servant room, closets, and machine room are situated in the three-story with one basement four-layer house, with each floor and room with its own purpose and original décor. Additional areas that connect the interior and exterior include the screen porch on the first floor, the balcony on the second floor and the rooftop terrace on the third floor. The seamless, three-dimensional connection between the garden and the interior let the residents of the house feel the four seasons throughout the year.

For the renovation and design, all stereotypes were left at the door. The original facility such as the coal boiler, some of the original furniture and décor, such as the lighting, were left as is. We hope that as the users and visitors come to kudan house, that they find new ways of using the house – and we, the management, will reflect that into our daily operations.
Classic buildings are rapidly disappearing, particularly in large cities, due to re-building and land sales between generations. Because the owner and those who wanted to protect this house came together, we were able to launch this project. As the history, culture, and view slowly go away in Tokyo, kudan house Project will become a model project to protect and reinvent cultural legacy and be the voice of new culture in Japan and globally. 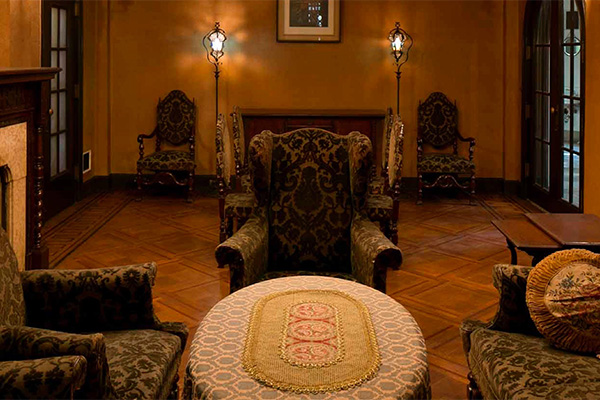 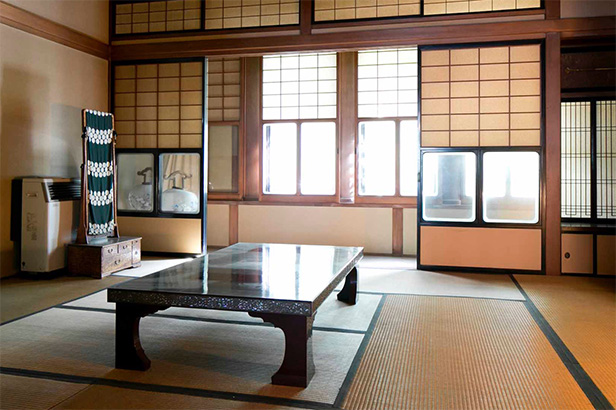 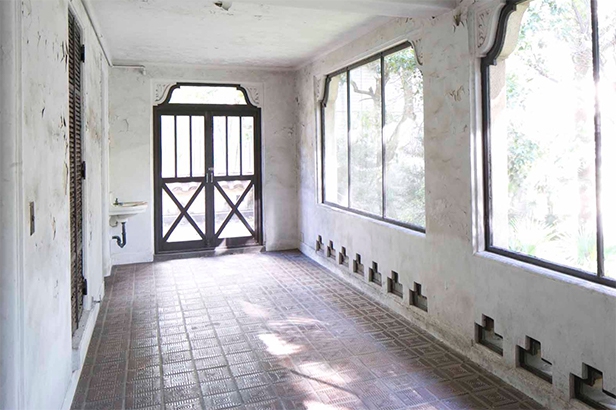 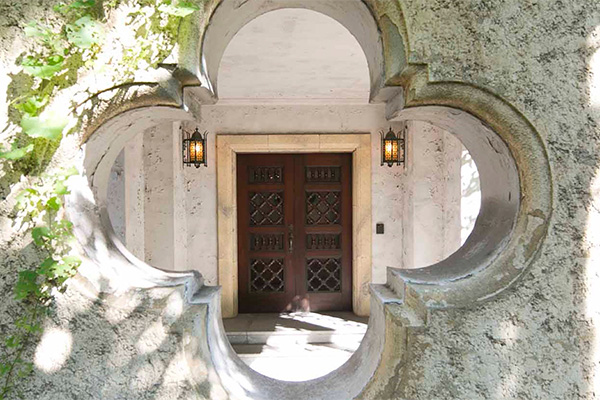 Tachu Naito
(architect/engineer/professor, 1886-1970)
Graduated from Tokyo Imperial University.
Inventor of the theory on structures using earthquake-resistant walls.
Former chairman of Architectural Institute of Japan/Director of the Faculty of Science and Engineering, Waseda Universit
Known as ‘The father of earthquake resistant design,’ Tanaka designed many towers including Tokyo Tower and the second Tsutenkaku Tower.
Recipient of the Kyokujitsu Juko-Sho (Gold and Silver Star of the Order of the Rising Sun)
Major works: The former Industrial Bank of Japan headquarter, Meiji Seimei Kan, Tokyo Tower, etc.